otherwise known by her pet name as "Lily" 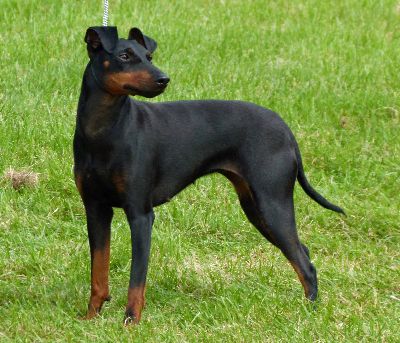 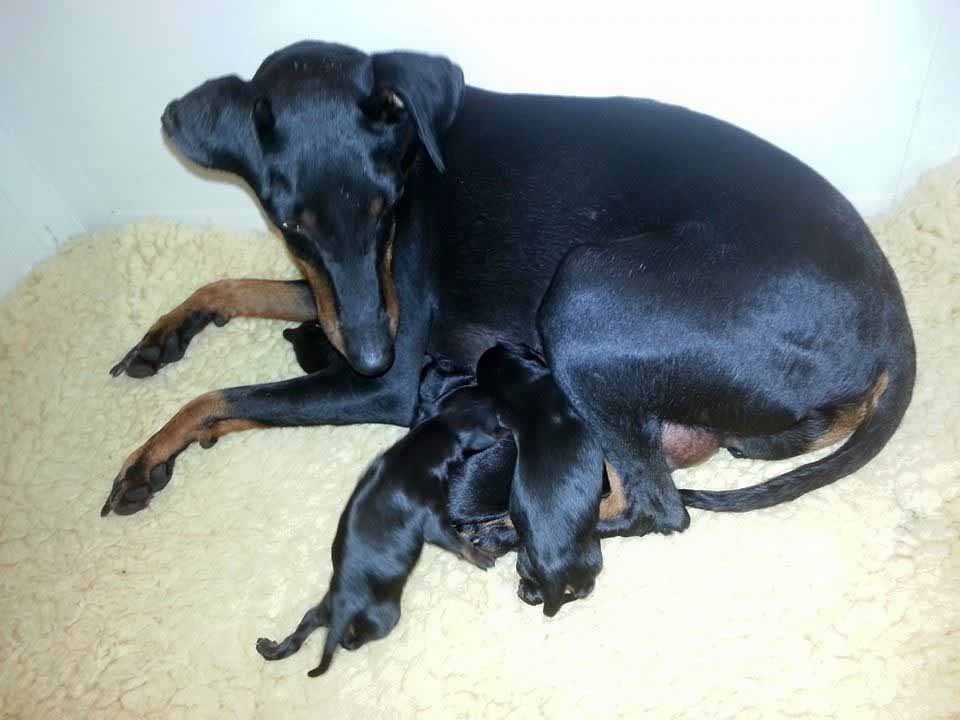 Lily has her own girl band with the 4 delightful bitch puppies she gave birth to on the 1/12/2016. these puppies are all doing really well and are nearly weaned and eating 4 meals a day  and enjoying playing with all their toys and the other Chester's also they really enjoy all the human attention that they get and will be ready for their new homes at the end of January .( We have One Puppy still Avialable)

Below is a brief autobiography of  Lily's life to date

Lily was one of five puppies that Sami had in late 2009. We had decided that we were not keeping one out of the litter and she went to a family in Devon.

Unfortunately in early 2010 the relationship broke down and Lily returned to our household.

She was completely wild, had been running free on the farm with large mastive type dogs (Presa Canarios), had never had a collar or lead on and had no housetraining but was absolutely fearless!

One of the reasons I had not considered she would be suitable for showing was her size however she has proved me wrong on that count as she is bigger than Granny Bracken from whom she has inherited her perfect ears! After her shaky start I could not bring myself to re-home her plus she seemed to have that certain 'look at me attitude' so she has joined the rest of the family here at Egloshayle.

At her first Open show at just six months of age she was placed in the terrier puppy group and went from strength to strength winning best puppy and group placings at all the Open shows she attended in 2010. She even went Best in Show at her first Companion Show won a huge cup and then the dog with the waggiest tail at the fun dog show the next day!

At the majority of Championship Shows during the summer of 2010 she stood second to her sister Gladys but with a creditable placing in the Pup of the Year stakes at Bournemouth Championship Show under Zena Thorn-Andrews. However at Richmond Championship Show she beat her sister to first place and Best Puppy in Breed under Alan Small being shown very ably for us by our good friend (and the owner of her dad) Martin Green.

Lily won the BMTC Millenium Puppy Cup for most group placings at Open and Championship shows in 2010.

Lily was also in the team which consistently won Best Breeder in the Breed during 2010 culminating in the Egloshayle team winning the BMTC Tetani Breeders Trophy for most wins at Championship Shows in that year.

Following her 'rough' start we decided to give Lily the winter off from the show scene and she did not compete again until Crufts 2011.

In March 2011 Lily came back with a 'bang' at Crufts winning her class - she was no longer standing 'second' to anyone and she consistently won her class at each Championship show in 2011 culminating in her first CC and BOB at Leeds in July under breed specialist Nigel Norris. She followed this with her second CC under Andrew Brace at Bournemouth and her third with BOB at Welsh Kennel Club under breed specialist H Hockley.Therefore she was made up to a Champion during the 'Egloshayle Four Winning Weeks' -just being 'pipped' to her crown by one week by cousin Rose.

Lily gained her crown exactly nine years to the day, and at the same show, as her Granny Bracken and at 20 months old was three days older than Bracken had been when she gained her title! 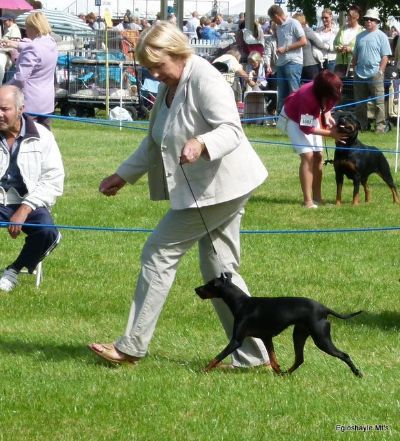 Lily is was also in the Egloshayle Breeders Team which appeared in the final at Crufts 2012.

In 2012 Lily was shown lightly but had numerous Best of Breed and Group wins at Open Shows. She was also highly placed in the multi-discipline event at the 21st European Manchester Terrier Happening at Witney, Oxfordshire in June 2012. At Birmingham City Championship show she gained a Reserve Challenge Certificate under Liz Cartledge.

In 2013 and 2014 Lily was shown only infrequently at Championship show level but was placed well and had many wins at Open Show level culminating in a Reserve Best in Show at North Devon Agricultural show under Frank Kane. She qualified and attended both Top Dog of Cornwall and Top Dog of Devon competitions.

In the Spring of 2015 Lily had a litter of five puppies, two bitches and three dogs. She proved to be an excellent mum like her mum Sami & Grannie Bracken but by the time they were five weeks old they terrorised her! Dad was 'Ralphie' -Digelsa Double Diamond who lives with our good friend Sam.

The puppies are Vimto and Sirius who live with their respective families in Somerset. Dylan who lives with Lyn, Karl & Beth in Wales and is already doing well in the show ring and Tangye & Belle who live with their respective families in Wiltshire & Hampshire. Tangye is with Pay Grant a longstanding Manchester Terrier owner, running all day on the Wiltshire downs and Belle with Vance, a gamekeeper and Helen and is already a ratcatcher 'extraordinaire' having caught some sixty rats at the tender age of six months!.

Later in 2015 Lily returned to the show ring and has done well at local Open shows with many wins to her credit.